When Alan Soukop opened his bluefrog Plumbing + Drain franchise in the community of Frisco, Texas, he was excited to finally see his dream come to fruition: starting a business that he could pass on to his children and grandchildren. The only thing he had to do was make it successful. After rolling up his sleeves and working diligently to follow bluefrog’s proven business model, nearly two years later, Soukop’s hard work has paid off and he has been named as the franchise system’s 2020 Franchisee of the Year winner.

Soukop’s North Dallas thriving plumbing franchise had an outstanding year in service, also winning the Million Dollar Club award, which is given to franchises that exceed one million dollars in revenue. And it doesn’t stop there. Two of Soukop’s employees, Tara Soukop and Ed Kyler, also took home Customer Service Professional of the Year and Plumbing Professional of the Year. 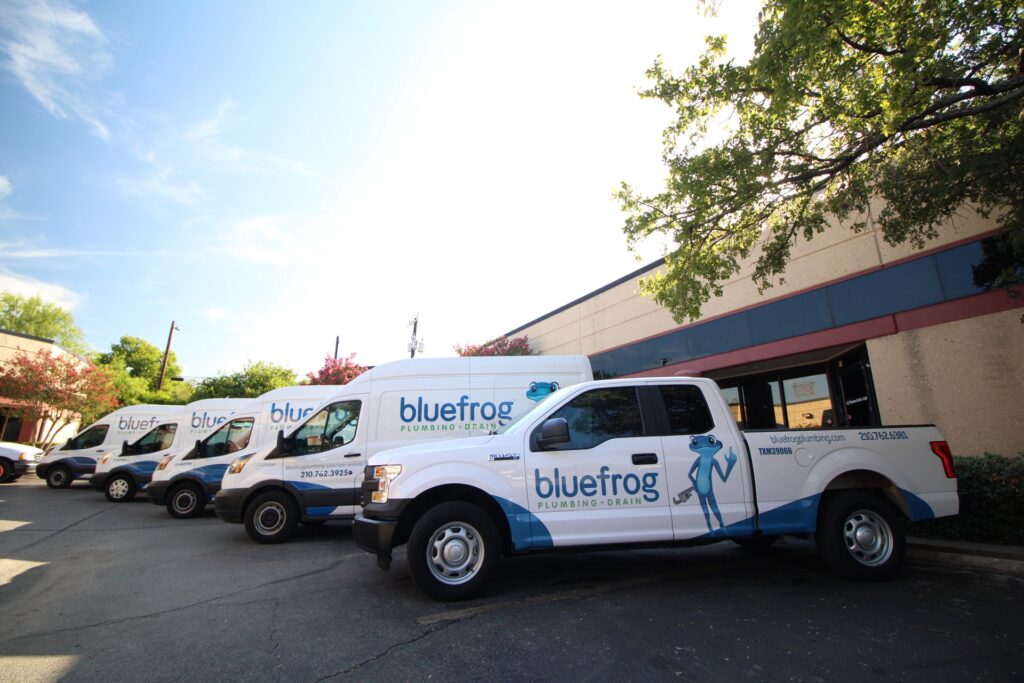 Honored at bluefrog Plumbing + Drain’s  Annual Convention in February, Soukop says these awards are a testament to him and his team’s hard work, dedication and teamwork:

“This was our goal from the beginning of the year,” Soukop says. “My two daughters Tara and Carey have been with me from the very start and I definitely could not have done this without them. I’m very happy for Tara and Ed winning their awards as they are instrumental in our success. This is a very exciting time for the whole team.”

Prior to Soukop becoming a bluefrog Plumbing + Drain franchisee, he worked in the pest control industry for more than 30 years. Although he had found great success in his career, he decided that getting into business ownership was the best way to leave a legacy for his family.

“At the time, I had lived all over the country, but had settled in Delaware,” Soukop recalls. “One of my daughters already had a child and then my other daughter shared that she was expecting. I didn’t want my grandchildren growing up without knowing their grandpa, so I quit my job, sold my house, and moved back to Texas. That’s when I decided to start a business so that my children and grandchildren can have something to benefit from in the future.”

“Bluefrog provided me with powerhouse support,” Soukop says. “They helped me develop a business plan, have a phenomenal marketing team, and also provide ongoing coaching and mentoring to ensure my business continues to grow over the long-term.”

Bluefrog Plumbing + Drain,  one of the fastest growing plumbing franchises in the nation, has been helping entrepreneurs like Soukop succeed in business since 2014. Our plumbing franchise has built one of the most comprehensive support platforms in the entire plumbing franchise industry. With a streamlined business model that is easy to run, bluefrog provides marketing support, ongoing coaching, and mentorship to ensure that our franchisees have the tools they need to thrive in business.

“It was important for me to go into business ownership with support,” Soukop explains. “Since becoming a bluefrog franchisee I see how the power in that is invaluable. You don’t need plumbing experience to be in this business — bluefrog will teach you everything.”

In November 2020, Soukop will celebrate his second year in business and is excited to reach new heights.

“When we started this business, we came up with a 10-year goal to become a $30 million dollar company,” Soukop says. “That’s when I’ll retire and turn the business over to my children. There’s a lot of hard work between now and then, and me and my team are up for the challenge.”

Bring a bluefrog Plumbing + Drain to your community today