Prior to joining the bluefrog Plumbing + Drain team two years ago, April Barnett worked for an electrical franchise company helping to secure licenses for its franchisees. When the time came for her to transition to another role, she sought one that would not only allow her to utilize her skills, but would also allow her to have an impact and help grow the company.

Barnett found what she was looking for in bluefrog Plumbing + Drain, one of the fastest-growing plumbing franchises in the United States. We have designed our business model to help our franchise owners maximize profitability and excel at providing the best customer service in the plumbing industry. Our plumbing franchise took things a step further by bringing on Barnett as Business Qualifier to help our franchisees find active licensed plumbers, Master license holders and plumbing business acquisitions. Her role expanded this year to Sure-start Coordinator in an effort to help new franchisees that come onboard launch their business.

In this wide-ranging interview, Barnett shares how her role benefits first-time entrepreneurs, how bluefrog differentiates itself from the competition, and what makes the rapidly expanding plumbing franchise an exciting opportunity in the booming plumbing market. 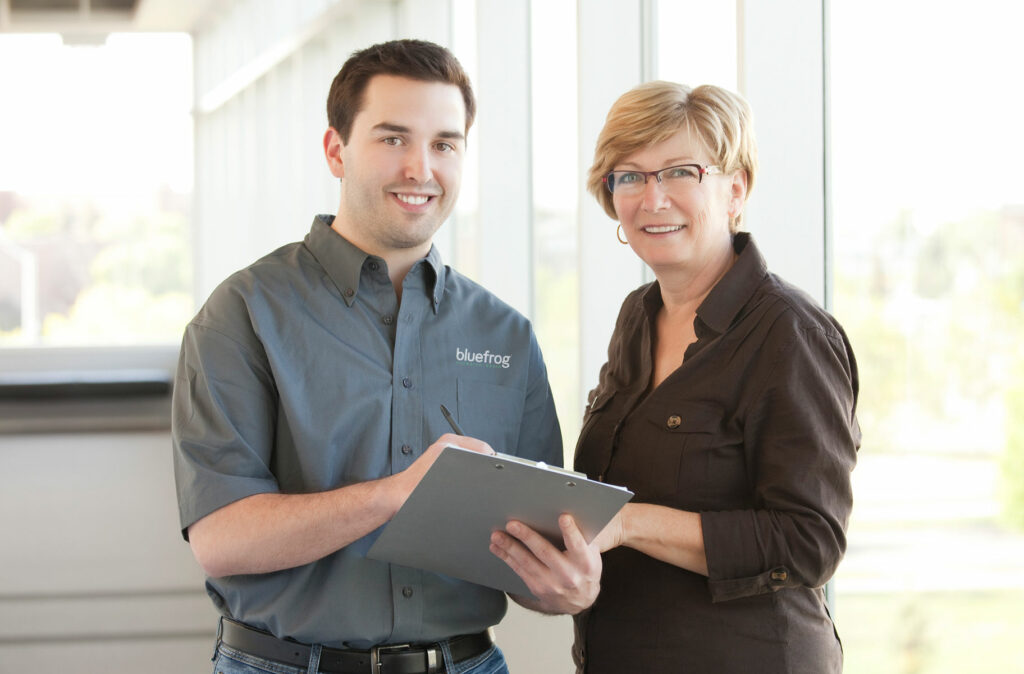 Barnett: My role has proved very beneficial to first-time entrepreneurs. When an entrepreneur expresses interest in franchising with bluefrog, I actively start looking for licensed plumbers, existing plumbing businesses, as well as master plumbers for them. This includes social mining, and cold-calling plumbing license lists and existing plumbing businesses. Ultimately, I help them find an existing business to buy into, or find a master plumber who doesn’t own their own business but are willing to lease their license and become the license holder for the franchisee. Sometimes a license holder will have little to do with the company, while other times they’ll come on board as a full-time employee. For instance, for one of our franchisees in Houston, I found him an owner that allowed him to lease his license. In return, the business owner became an active part of his franchise.

Is your role typical in the plumbing industry or is it unique to bluefrog Plumbing + Drain?

Barnett: My role is unique for bluefrog because we are a franchise. Many of the plumbing companies out there are already plumbers, so they already have their license and businesses up-and-running. My role is unique to bluefrog because we are a franchise and many of our franchise owners come in with no experience. More specifically, they know plumbing is a need-based business and offers high margins, however, they are scared about the licensing aspect of it since they aren’t plumbers. This is where I step in to help, which works out very well because they have a business background and know how to run a business.

What makes bluefrog special in the plumbing market in comparison to its competitors?

Barnett: First, the name really stands out and it’s eye-catching. Second, my role is unique to the plumbing franchise industry because there are very few companies that bring on people specifically to help with licensing. Since I’ve been here, we’ve had several new franchise owners and I’ve helped them all through the licensing process. The best part is that I’m still in communication with them on a daily basis about any recruiting they need help with. Bluefrog itself offers powerhouse ongoing support and robust training to its franchise owners, including a franchise coach and a training director to ensure our franchise owners thrive over the long-term.

Additionally, we have a sister company in Restoration 1, one of the fastest-growing restoration franchises in the nation. The brand has been doing tremendous since Gary Findley took over as CEO in 2016. He has an extensive background in franchising and has been invaluable. I knew that Restoration 1 would be successful and am proud that bluefrog Plumbing + Drain is its sister company because that success will transmit over to us.

Bring the fast-growing franchise to your community today